Get an instant ballpark solar estimate using satellites!
GET ESTIMATE!

There are several reasons why installing solar panels in your home is a bright idea: They make you less dependent on the grid, lower energy bills, help mitigate climate change by reducing greenhouse gas emissions and add to the overall value to your home. In fact, Zillow reported that homes with solar power sell for about 4% more than homes without it, which is an average of nearly $9,500.

It’s an exciting time for solar power; solar panels are cheaper and more efficient than they’ve ever been. In 2011, the average price of a 6-kilowatt-per-hour (kWh) solar panel system was nearly $50,000. Today, the average cost of the same residential system is between $16,000 and $21,000, according to MarketWatch.

This drastic price drop has driven a boom in residential solar power installations, a boom that shows no signs of quieting any time soon.

Nonetheless, the initial cost of installing a solar power system is still a bit high, which sometimes makes people hesitant to pull the trigger. A lot of people are also concerned about the degradation curve.

Yes, the efficiency of solar panels does decline over time, but the rate at which it does so is quite slow. Let’s take a look at why solar panels degrade, how much power loss you can expect and what to look for in terms of warranties. 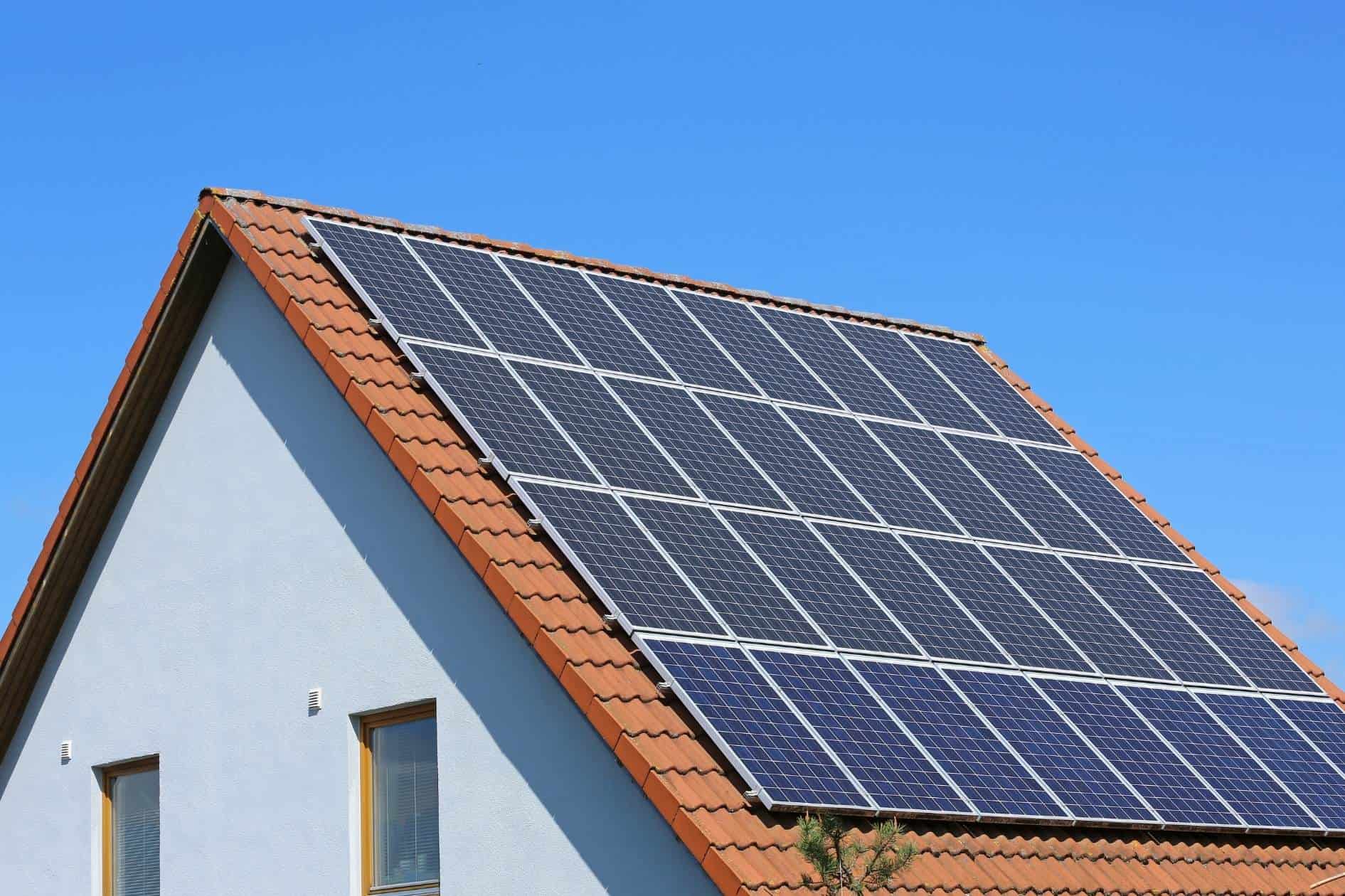 Why Do Solar Panels Degrade?

The efficiency of solar panels declines over time because of damage caused by long-term exposure to ultraviolet rays, excessive heat, falling debris and adverse weather conditions.

Other Reasons for Degradation

There are a few reasons why solar panels might degrade prematurely.

Other than faulty equipment, which is rare and covered by the manufacturer’s warranty, the other main causes of premature degradation in solar panels are thermal cycling and light-induced degradation.

Thermal cycling refers to extreme and rapid shifts in temperature. In 1924, Fairfield, Montana saw the biggest 12-hour temperature change in recorded U.S. history when the temperature dropped from 63 degrees Fahrenheit to -21 degrees Fahrenheit, an 84-degree change. This is obviously an extreme example, but it can happen.

Fortunately, this isn’t a huge concern in most parts of the country.

Light-induced degradation (LID) is pretty complex, but the gist is this: The first few hours of sunlight cause a decrease in solar panel performance because of a boron oxide complex (BsO2i). This complex causes the panels to degrade more in the first year than in subsequent ones. Unfortunately, this is unavoidable, but manufacturers consider it in their warranties.

The rate at which your solar panels will degrade depends largely on their quality. As a general rule, however, your solar panels will be operating at about 80% efficiency after 25 years. This is pretty encouraging. Think of it this way: Your iPhone’s battery health will decline by 20% in just two years, so losing that much in a quarter century borders on negligible.

Just think, 25 years after you install a 400-watt panel, it’s probably still going to have an output close to 320 watts. That’s really not bad.

Some manufacturers, most notably LG and Panasonic, guarantee an efficiency of more than 90% after 25 years.

When manufacturers of solar panels offer power warranties, they base them on tests that they conduct in a laboratory setting and assign them a standard test conditions (STC) rating. Because your rooftop is probably not a laboratory, your panels’ actual output will differ from their STC rating, so it’s important to measure the output of your panels after they’re first installed and then periodically throughout their lifespans. 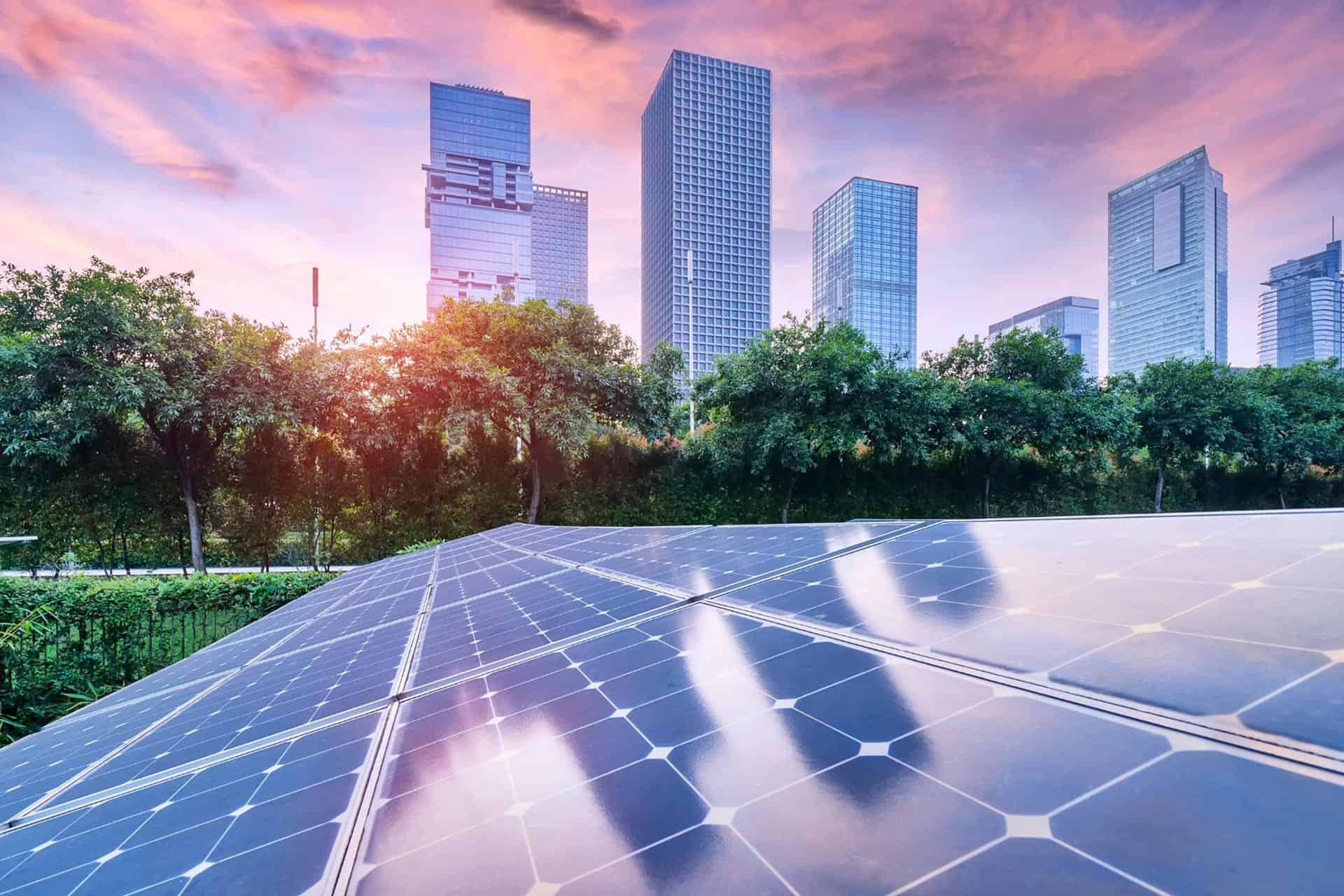 When you decide to install a solar power system in your home, manufacturers will offer you two different warranties: a solar panel product warranty and a solar panel power warranty.

The solar panel product warranty is pretty straightforward and is the same kind of warranty you’d expect when buying an expensive electronic device or a lawnmower; it covers things like faulty equipment and manufacturing defects for a predetermined period of time.

Solar panel product warranties vary substantially in terms of duration. Some manufacturers guarantee their panels for 10 years while some guarantee them for as long as 25. Make sure you’re aware of and okay with your product warranty’s duration before you commit to anything.

The solar panel power warranty deals specifically with degradation and guarantees a specific output at various periods throughout the life of your panels. It depends on the manufacturer, of course, but a lot of power warranties guarantee a certain power output of your system in five-year intervals.

Your solar panel power warranty can make for a dry reading experience, but it’s crucial that you understand it fully. In the event that your panels’ output is lower than guaranteed, the manufacturer will cover or reimburse you for the replacement costs.

This is why it’s so important to check the power output of your system when it’s installed and at regular intervals thereafter. You should keep in mind that the power warranty is based on your system’s actual power output at the time of installation, not its STC rating.

In addition to everything above, there are several common questions that just about everyone who’s looking into solar power asks:

Is It Possible To Power My Entire House With Solar Energy?

Yes, you can power your entire home with solar energy, but what that will require depends on several factors. Your geographic location, weather patterns and your home’s overall power consumption will all play a role in your solar system’s efficiency.

Speaking generally, though, it takes an average of 20 to 24 solar panels to fully offset electric bills. Of course, not everyone is seeking to get of the grid entirely, so it’s not always necessary to install so many panels.

What Kinds of Solar Panels Are There, and Which Ones Are the Best?

There are three main types of solar panels:

Do I Need To Install All of My Panels at Once?

No, you don’t have to install all of your solar panels at the same time. In fact, plenty of people elect to add additional panels later. It is, however, a good idea to make sure that new panels are the same kind as the ones that make up your existing array.

How Long Does It Take for My Solar Power System To Pay for Itself?

The time it takes for your energy savings to pay for the installation of your solar panels, sometimes called the break-even point, varies, but the national average is between six and 10 years. Just think, when your solar panels have paid for themselves, your system will still have 15 to 19 years of peak performance left in it.

Are There Any Incentive Programs Available?

Yes, there might be numerous incentive programs of which you can take advantage. The federal solar tax credit, for example, offers homeowners a 30% tax credit, which means that 30% of your solar installation cost will be subtracted from the amount of federal tax you owe. The federal solar tax credit will start diminishing in 2033 and, unless the U.S government renews it, expire in 2035.

Many utility companies also offer incentives for installing solar panels, so check with your power company to find out what they’re offering.

Is There Anything Else I should Consider Before Installation?

Yes, you should have your roof inspected to make sure it doesn’t need any repairs. Most of the time, roofers won’t be able to work around your solar panels, so making sure your roof is in good condition beforehand will save you a major headache. 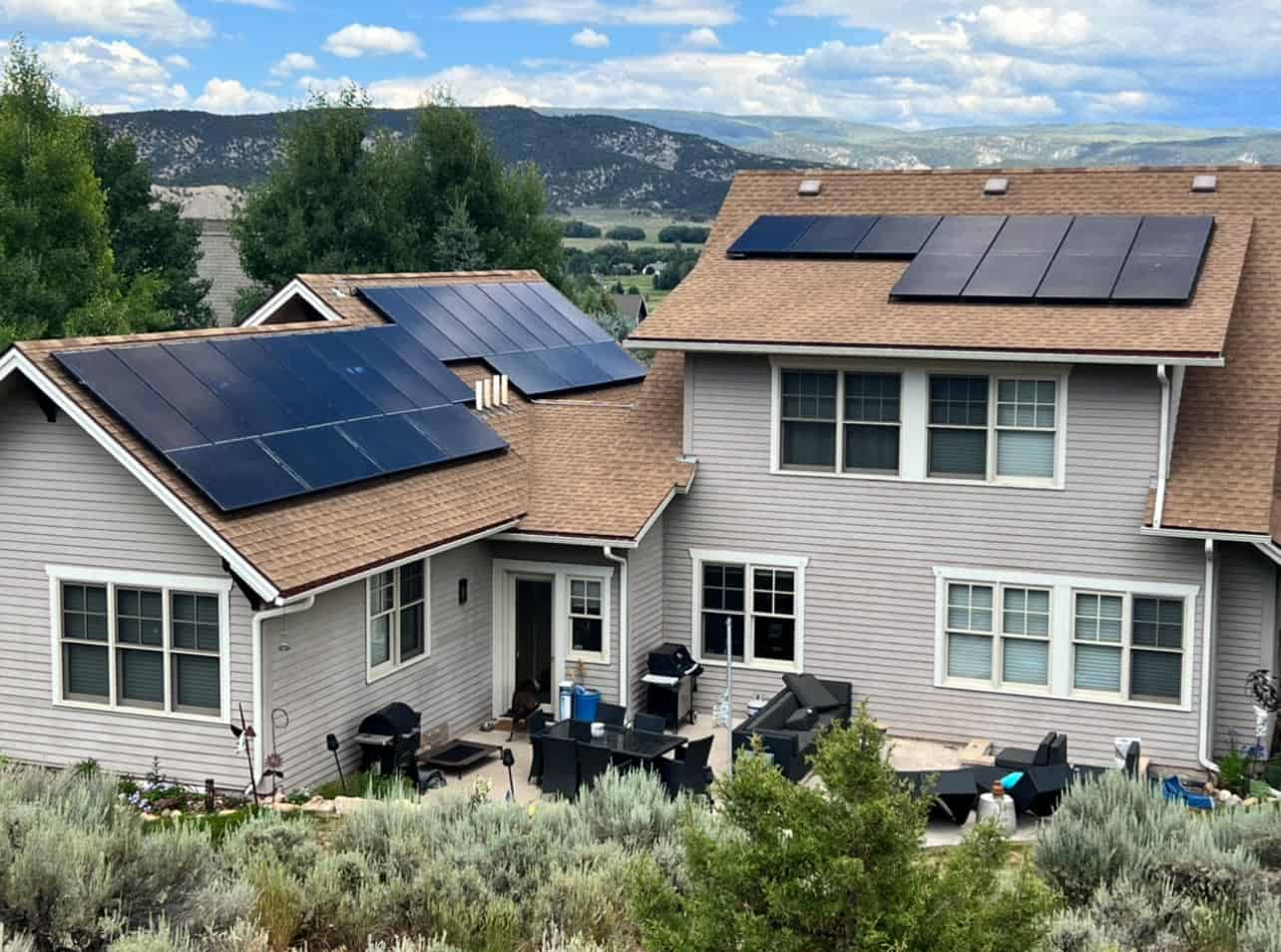 Despite the initial cost, installing solar panels is a good investment. Yes, your panels will lose about 0.25% to 0.5% of efficiency per year due to solar panel degradation, but all things considered, that isn’t a particularly high number. In the long run, you’ll increase the value of your home, save or eliminate your power bill reduce your carbon footprint.

While unlikely to have any practical applications, there are a couple facts about solar power that are just too interesting not to mention.

Obviously, solar energy has evolved exponentially in just the last decade or so, but the technology itself is nearly 200 years old. Alexandre-Edmond Becquerel discovered the photovoltaic effect in 1839, and in 1941, Russell Ohl built the first solar panel cell.

There Are Airplanes Running on Solar Power

In 2012, Solar Impulse 1, an experimental aircraft, flew from Switzerland to Spain and then to Morocco, and it did so without a drop of conventional fuel. More than that, nine hours of the flight time were at night. 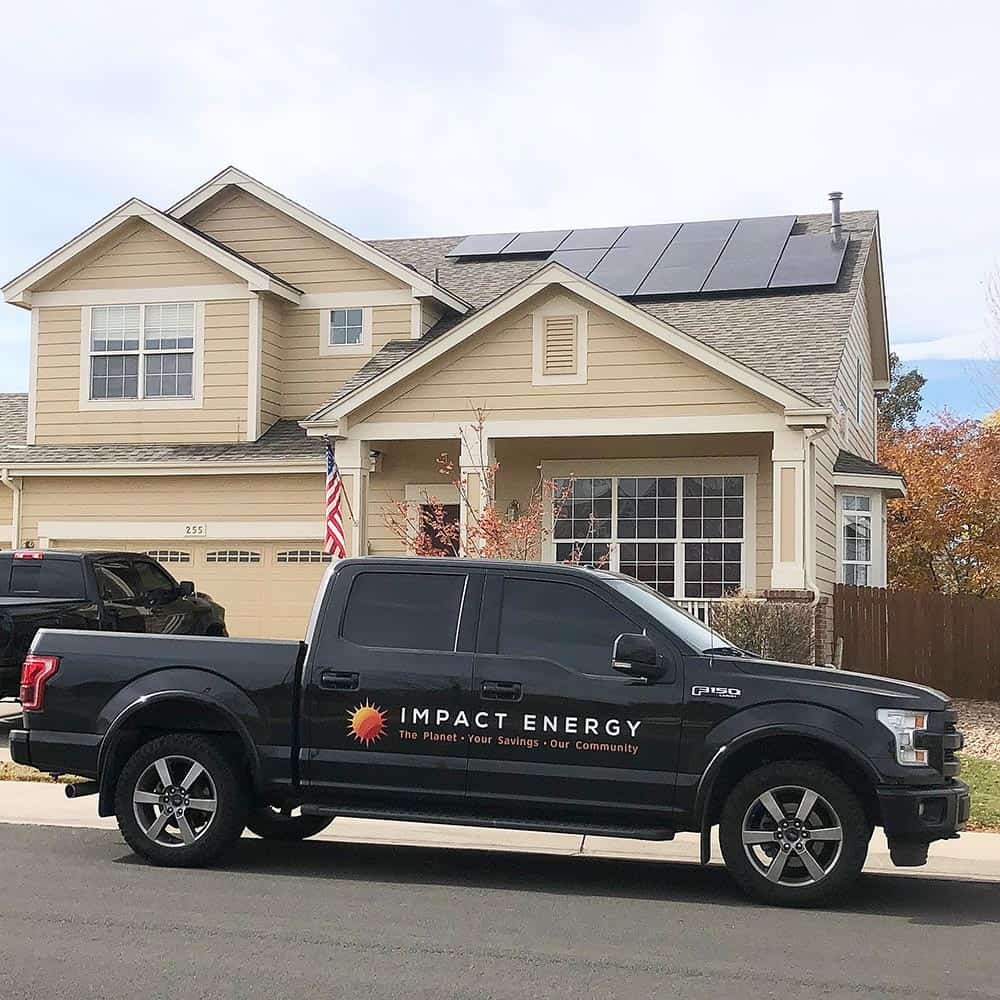 How Much Does It Cost To Install Solar Panels?

Climate change is changing the world on a physical level

Solar batteries allow you to make the most of the

If you live in Montana, Colorado, or similar areas, solar 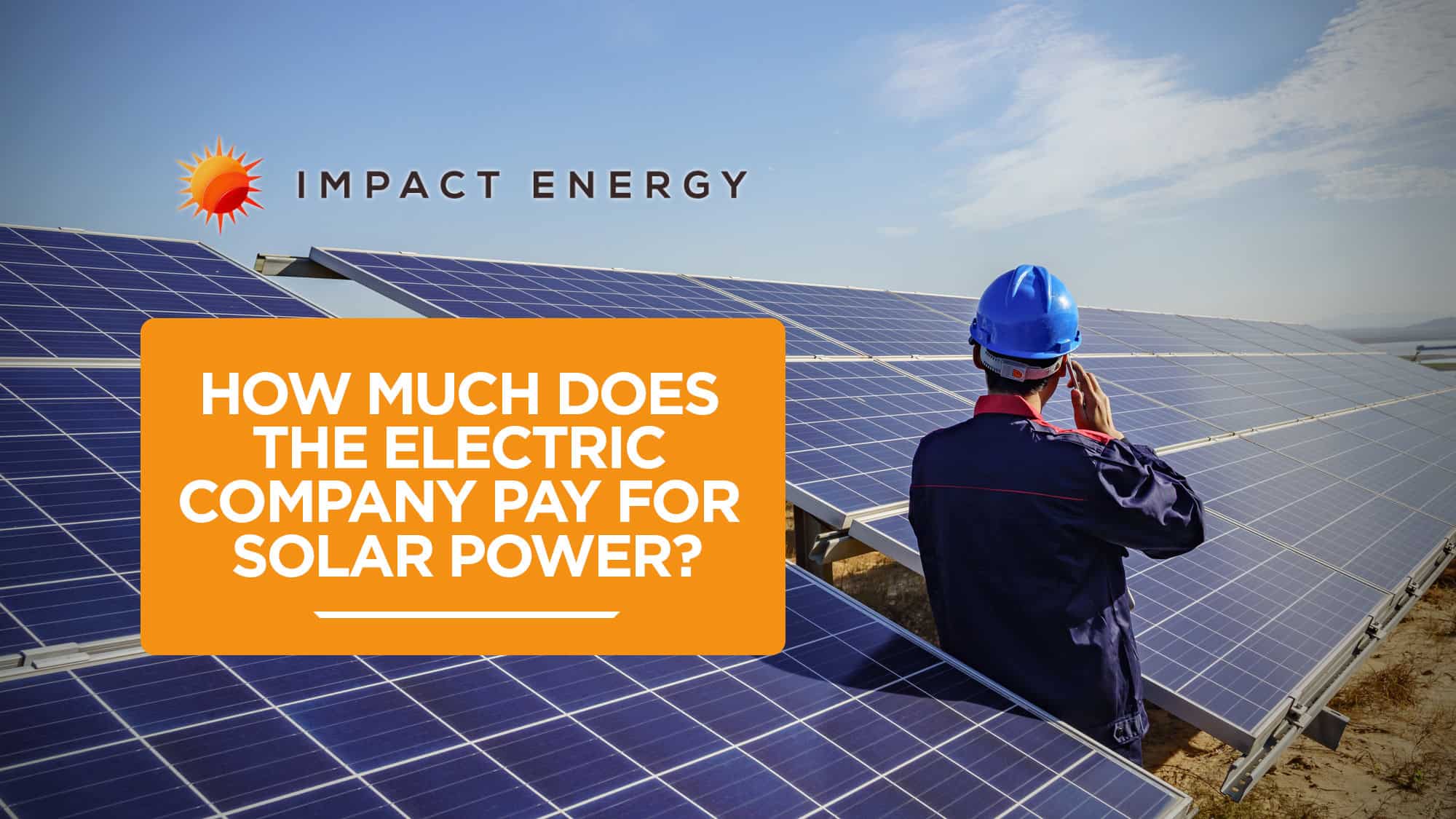 How Much Does The Electric Company Pay For Solar Power?

It may seem like a dream too good to come true. Electric companies pay the same amount to buy electricity as you do. They generate 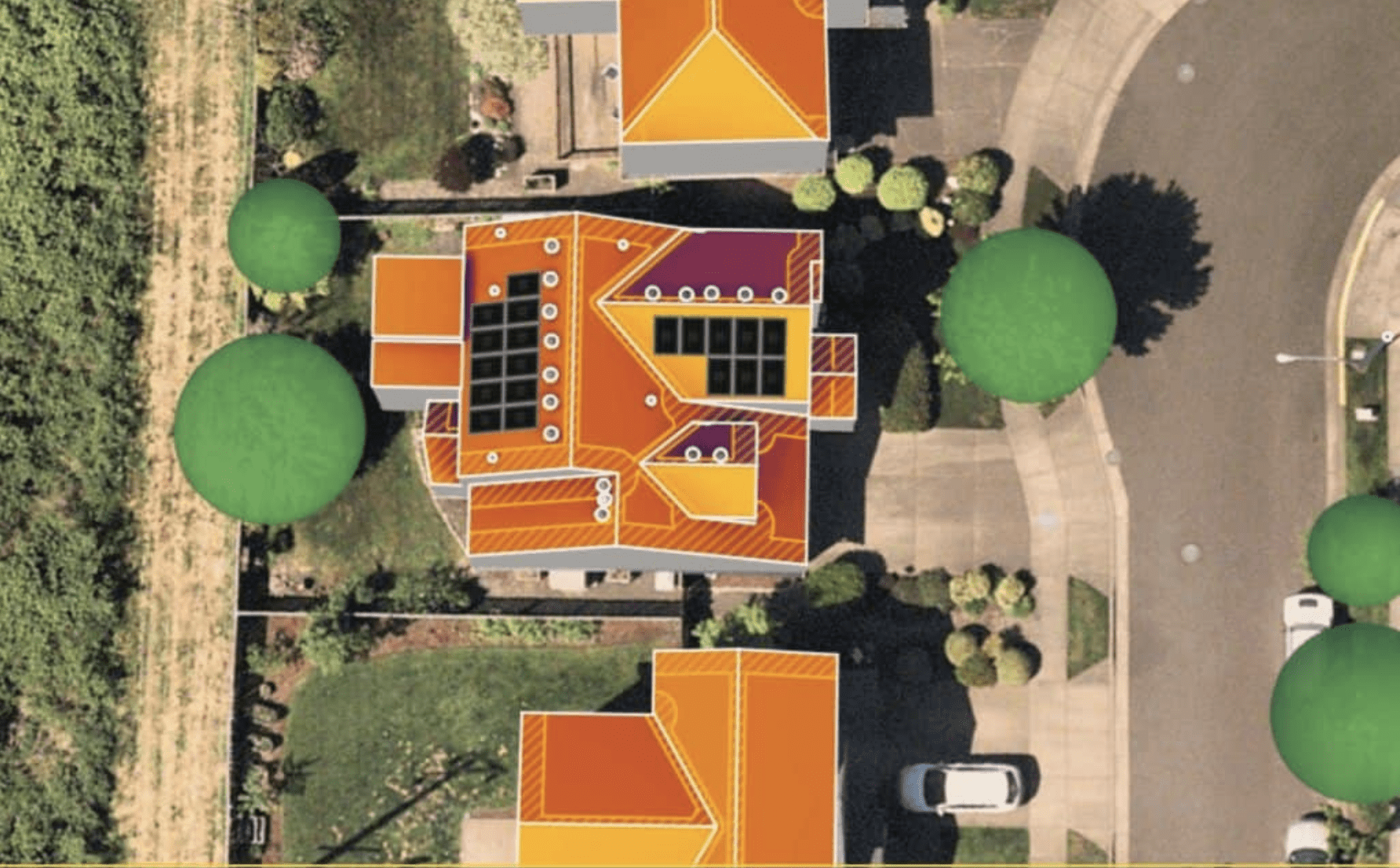 News articles about renewable energy attract the attention of responsible homeowners. However, increased reports of storms, drought and rising sea levels cause Americans to worry. 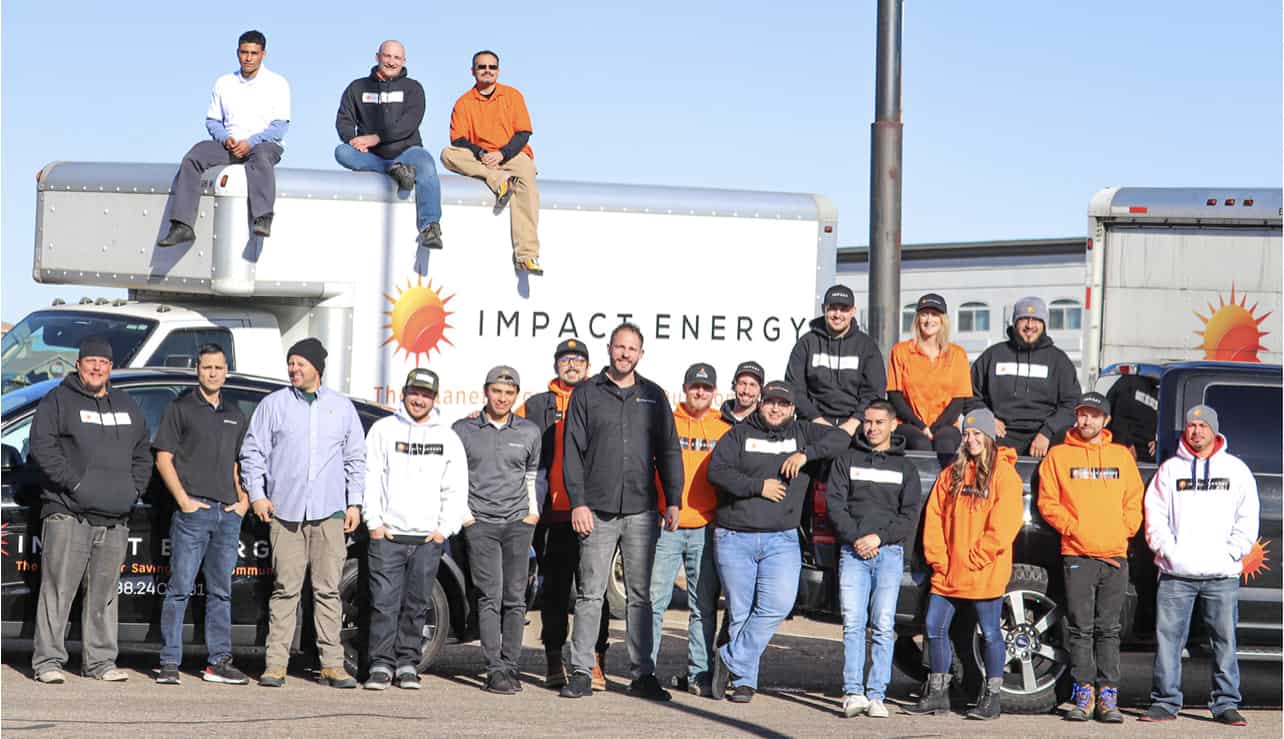